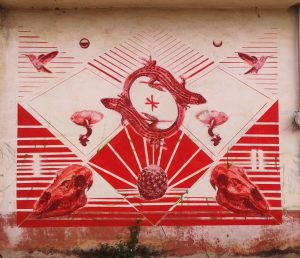 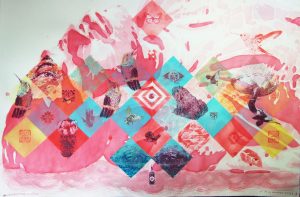 On the street Cawamo produces high detailed and often politically inspired stencil art, while in the studio he works with a mixed mediaÂ including ceramics and printmaking. He currently spends his time betweenÂ between Guadalajara and Oaxaca, producing large scale murals, initiatingÂ educational projects andÂ workingÂ as an exhibiting artist. Having had no formal art training he has instead become accomplished as a self-taught artist with skills inÂ traditional printmaking techniques such as etching and lithography. Through his work he explores ideas ofÂ traditional pre-hispanicÂ roots andÂ cultural identity.